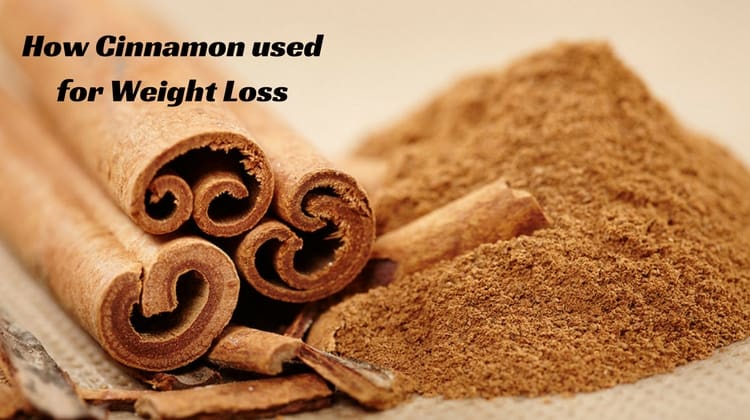 Overweight is one major problem faced by many people all over the world. So, weight loss has become a popular topic in these modern days.

However, there is no miracle food or super pill that aids in faster weight loss but the real and best solution to lose weight is to have balanced diet with regular exercises.

There are many natural remedies that help you to maintain a healthy weight. Cinnamon is one among those superfoods that aids in weight loss.  Cinnamon spice is rich in flavor and has medicinal properties.

So, here in this article, we will learn all about cinnamon for treating weight loss. Let’s have a look at how cinnamon helps you in losing your weight.

How Does Cinnamon help to Lose Weight?

Here are some of the cinnamon properties that help you to cut down excess calories and thereby lose weight.

How to use Cinnamon for Weight Loss?

Cinnamon can be used in many ways for losing the excess weight. All you need is to include cinnamon in your daily diet along with intake of nutritional food and some exercises to lose your excess calories.

The consumption of cinnamon spice causes a metabolic reaction and this boost will burn calories and assists with weight loss.

Here are some easy ways of incorporating cinnamon in your diet to lose weight.

Cinnamon tea will help to speed up the metabolism and thereby reduces your weight.

Apple is rich in enzymes, nutrients, and fiber that aids in proper digestion and thereby reduces the glucose content in the blood stream and loses extra weight.

Note: Or simply mix the juice of 1 apple and finely chopped 1 apple pieces along with 1 teaspoon of cinnamon powder in a large pitcher filled with water. You can also add some raspberries or fresh lemon juice in it. Chill and drink it regularly for weight loss.

Honey and cinnamon help to clean the digestive tract and lowers the blood sugar and cholesterol levels to get rid of weight loss and the problems faced by the problem. This combination helps to crab the appetite and block the body from gaining fat.

Method – 5: (Cinnamon with Banana and Milk)

This combination will help you to lose extra weight but be sure that not to drink this mix too much, as it causes weight to gain.